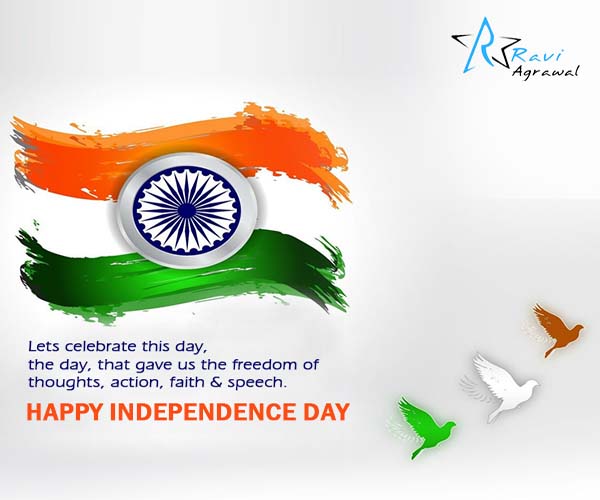 Time flies so fast. We are in the 69th year of Independence, after the Britishers ruling us for almost 2 centuries.  The journey to freedom was so long. Now, as citizens of independent India, we can only read and recollect the history. Always with high regards for them who pulled us out from the claws of British slavery, I take this opportunity to pay my tribute to all the freedom-fighters, the unsung heroes, the mentors and all those who wake all day and night long for us to have a peaceful living. The void of Late Hon. Dr. A.P.J. Kalam shall surely be felt while celebrating this Independence Day.

Looking at the journey from 68th to 69th Independence Day, the year as ever, has been a share of some good and some bitter memories. Taking criticism of the opponents to the chin, Hon. PM Narendra Modiji brought in some good reforms, undertook social campaigns and paved path towards the dream of digital India, Skill India Initiative and many more.

Going flashback, the year took us through the Maggi ban, the AIMIM president questioning Yakub Memon   conviction, the usual spat between politicians, the Punjab terror attack, the cricket fixings and the bans which were put up and many more. Despite the trapezium rides that we go through, I always feel great and proud to be the citizen of our country and the fervor that my fellow-beings show during any crisis situation. With a grand salute to all the heroes of our nation, lastly, I wish to put up few lines from the speech that every Indian can never forget!

“At the stroke of the midnight hour, when the world sleeps, India will awake to life and freedom,” – India’s first Prime Minister, Jawaharlal Nehru, while delivering nation’s first Independence Day speech just before midnight on 14 August, 1947.