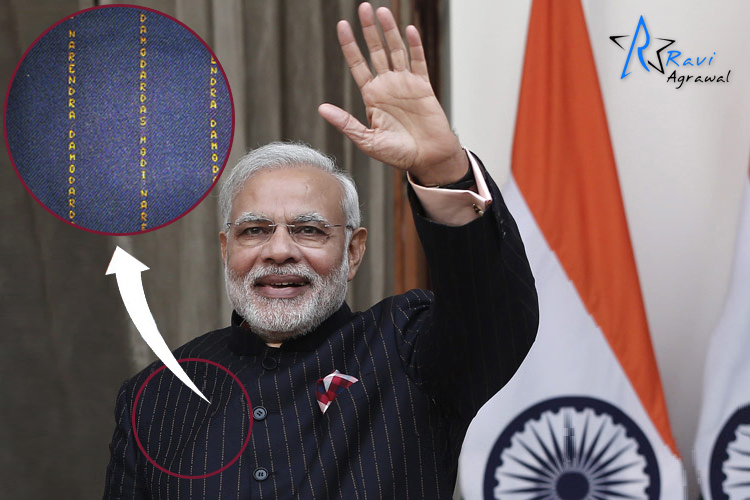 Some termed it as megalomania while some termed it as style statement; the media has gone berserk after noticing our honorable Prime Minister Shri Narendra Damodardas Modiji wearing a self-monogrammed pinstripe suit! The media’s sartorial statements have become a zesty topic and not to forget the critics too have joined the wagon.

I had been going around newspapers and the social tweets, where almost everybody seems to enjoy criticizing the customized named pinstripe suit worn by our honorable Prime Minister. So what’s the anguish here all about? Is it that he wore an expensive suit or this act portrays him as a narcissist or he ideally should have made himself presentable in the most possible minimum budget? Guess that, not indirectly but directly hints the resistive approach we hold towards a good change!

This instigates me to put up a question to the country fellowmen that why should Indians pose like beggars when any western delegate comes to India. If Obama can spend more than 1000 crore for making a safe visit to India, why can’t our delegate wear proper attire? In business dealing looking equal is important for being treated as equal, which is reflected in the deals made between Modiji and Obama. I guess this answers the media’s hue and cry about the cynical statements they have been making.

I’m not against these newspaper guys but just want to ask why we Indians should believe we are still ruled by the western world and we should pose like beggars and slave before them! We are 65 years in independence and on the way to become a self-reliant country with a dream of a $20 trillion economy. We brag of being a democratic country where the constitution has laid down many fundamental rights which includes the freedom to speech, freedom of equality and most important freedom of expression!

Or is it in lieu of Delhi polls that the media wants to suppress the “Modi fever” by tarnishing him for any simple and small move that he makes. Common guys, I guess wearing a self-monogrammed pinstripe in public is definitely not a crime compared to all the scams and “ghotala” that we have been surviving since the last decade.

We have lot to achieve and need to move ahead with a focused approach. Fueling up the repressive citizens of the country with such petty issues is certainly not going to help us!