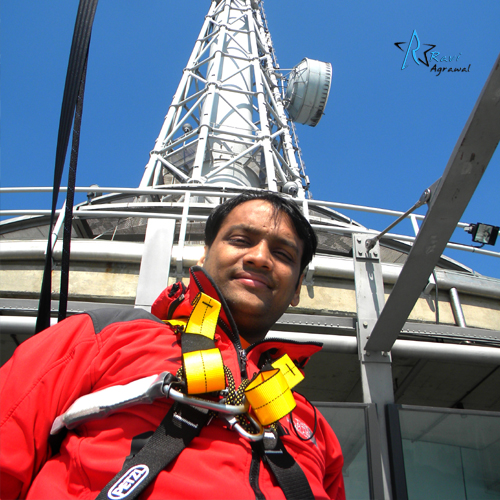 In this world of competition where finding firm ground and establishing a distinct identity is a daunting task, Ravi Agrawal, the brain and the man behind L7 Group has managed to do both and much more in a span of just over a decade. Passion for new trades and activities has been the motivating factor that has lead to the formation of several companies under the established canopy of L7 Group.

Aggressive and Determined
Success comes to those who fight for it, put in their 100 percent effort and are ready to take challenges. Ravi Agrawal, as the chairman of L7 Group has always believed in combining determination and aggressive approach in furthering all his business interests. However, another highlight of his personality that has slowly come out in the open is that he is a great philanthropist who is always eager to lend a helping hand to the needy and destitute.

What is more important though is that his generosity and benevolence is not blind and he believes in creating opportunities for the needy people so that they can themselves find out means of increasing their level of living instead of merely handing over the freebies. He has always believed that things that you earn are the things that you always value because this is how he has earned himself a good name and fame among the top and elite businesspersons in the country.

Giving Back Magnanimously
Just as he uses his uncanny perception and foresight to gain an edge over his competitors in the market, similarly, when it comes to giving back to the society, Ravi Agrawal makes use of all his resources to come up with solutions that have far-reaching advantages. He understands that just by giving petty cash or distributing food will not solve the problem, as these are just measures for temporarily relief. That is why he started planning and investing in solutions that could give the needy people a purpose for living, a medium of earning and an occupation that will help them live independently and with pride. After all, cultivating a new garden always yields better and longer lasting benefits than merely handing a bouquet of flowers.

One of the greatest examples of his magnanimous yet insightful personality is a distribution of sewing machines to the tailors. Along with that, he also ensured that these people were trained properly in using the machines by arranging the education program for them. Ravi Agrawal understands the importance of being independent and hence encourages entrepreneurship in young generation. Similarly, he also is aware of the significance of financial independence among young girls and women and hence he specially came up with a computer-training program for the women and girls residing in the slum areas.

Both these programs were successful and today have contributed in feeding and uplifting many families making them independent financially. Donating ‘Vaikunth Rath’ to one of the NGO’ s in the city to coordinate free funeral service reflects his eye for varying social needs and his keenness to serve the society at all levels.